April 23, 2021
In Sex Tips & Advice 0 comment
If you've never heard of "edging," then prepare to have your mind blown.
Whether you do it solo or with a partner, practicing edging is something that's going to take your orgasms to a whole new level.

Edging is when you bring yourself—or your partner—as close to an orgasm as possible, to the edge so to speak, then STOP. While the initial thought of this might coincide with thinking, "Why would anyone do this?" From a pleasure standpoint, it really pays off: stronger and possibly even longer orgasms. What's not to love? Although, for the most part, edging is something that people with penises tend to practice more than people with vulvas, don't think for one moment that being a vulva-owner is standing in the way of your ability to edge.

Why does edging feel so good?

Think about it this way: You're with your partner (or yourself) and there's a lot of sexual teasing going on. This teasing leaves you wanting more while the blood rushes to your genital, become engorged, as you reach peak arousal. There's a good chance that once those sensations hit (that wonderful ache of desire), your need to climax is at an all-time high. Now imagine taking that level of teasing and focusing it on more genital play. The more you bring yourself—or your partner—close to the edge of climax, the more powerful and intense the orgasm will be. It's the increased and prolonged arousal that, when let loose, is the climax of climaxes. But there's more to edging than mind-blowing orgasms.

What's the history behind edging?

For people with penises, edging gives them the opportunity to have more control over how long they can keep an erection before coming. In fact, edging was created to help men with premature ejaculation. In 1956, Dr. James H. Semans, a Duke University surgeon and urologist, published an article in the Journal of Sexual Medicine in which he began his introduction with, "premature ejaculation is very undesirable... it may lead to sexual impotence." His solution for this was for penis-owners to enjoy external stimulation by a partner "until the premonitory sensation of ejaculation." Next, the stimulation would be stopped before climax and the sensation to come no longer existed. Then, roughly 30 seconds later, the cycle was repeated. The method worked and became known as the "stop-start" technique.

How do you get started with edging?

As with most things involving our bodies, going solo and exploring is the best way to start edging. So get in there, use a hand mirror, touch different parts of your body—your vulva, your penis, your perineum, your anus, your clitoris—experiment with it all.

If you've been masturbating long enough, then you already know what works. Some like the stroking method, others like squeezing, while others prefer more of a twisting type motion. It's these preferable techniques to which you want to stick. But, because you're going to stop yourself from having an orgasm, just before you climax, you want to squeeze the glans (otherwise known as the head) of your penis. Once you've nipped your orgasm in the bud, you want to wait about 30 seconds, then get back to masturbating. You can do this as many times as it feels good to do it. If your concern is more about getting premature ejaculation under control, then ballooning is a better option. Before we even get into ballooning, it should be noted that many, many people with penises suffer from premature ejaculation. The Mayo Clinic estimates that roughly 1 out of every 3 penis-owners will experience PE at some point in their lifetime. So, if you think you're alone, you're certainly not. When it comes to the ballooning technique, things are different. First, find the most sensitive spot on your penis and start rubbing it a circular motion. Continue this form of circular stimulation past your erection and right up until the point where your urge to climax has arrived. Then stop; wait for your erection to go down, then begin again. What makes this different from edging is the goal isn't an orgasm. According to Strong Health, some men use ballooning as many as 20 times a day to increase sexual desire, with some claiming that even after one round, their libido and stamina increase exponentially. 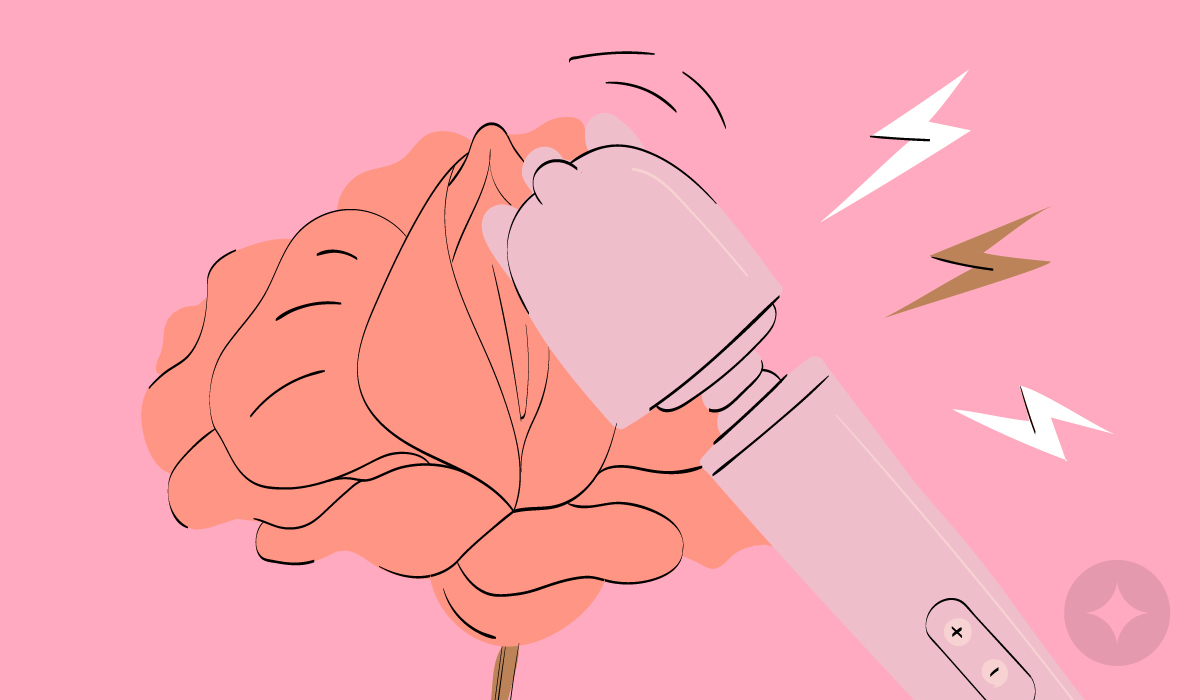 Both Le Wand Deux and Le Wand Point from the Chrome Collection are perfect choices for this. Deux can be comfortably held in place until you reach the edge and are ready to stop before starting again. Point doesn't even need your hands to hold it in place. While it stimulates your entire vulva, including your clitoris, you can use your fingers to stimulate other parts of your body. Then, as that orgasm starts to sneak up on you, turn your Point off or remove it. Wait approximately 30 seconds and then start up again.

Remember: Toys are for everyone!

It should be noted that no matter whether you have a vulva or a penis, sex toys are your friends when it comes to edging. For example, the Complete Le Wand Pleasure Set offers three textured headcovers (in addition to the standard head) for clitoral stimulation. For those who are able to climax through G-spot stimulation, this set also offers curved attachments that will treat your G-spot like the royalty it truly is. READ: The top 10 benefits of using couples sex toys (and the 6 best positions) If you have a penis and have yet to masturbate with a sex toy, then it's time to introduce you to the Le Wand Bullet. The bullet vibe is small enough so it's not intimidating for newbies, but still powerful enough to get the jobe done—especially in spots like the frenulum (the underneath part of the penis) which is very sensitive, as well as the testes, and the perineum. Even if you've been circumcised, your penis still has a bit of the frenulum remaining, so give it some vibrating attention.

What are some edging techniques to try on my partner?

First and foremost, you want to talk about consent. Not everyone is into edging, and even after you explain it to them, they still might not find it as their cup of tea. It's at this point that you tell them that it's totally cool and move on to try other things. But should you find a partner who is into edging and would like you to perform edging on them, start as if you're engaging in foreplay. In other words, get them as turned on as possible. If you know your partner well, you'll know exactly how to do this. If your partner is new, then you're going to need some communication from them about what it takes to get them fully arouse. Although some people say, "I'm going to come" right before they come, you want to ask your partner to be even more vocal about just how close they are to the edge. When they've reached the brink, stop. Let their body and mind ease back into a neutral place, then start stimulation again. Continue until your partner communicates that they don't want to do it anymore and they're ready to orgasm.

How many times can you edge before you orgasm?

As for how many times you can edge before you orgasm, this is your call. You know your body better than anyone else. The same goes for practicing edging your partner; while you can do it as much as you want, when you're ready to come, you need to communicate that to them, so they can finally let you have that fantastic orgasm that you worked so hard to get! As for the possibility of getting "backed up" from edging, don't worry about it: it's not going to happen. If you have a penis and practice edging for even a couple hours, your ejaculation that isn't released right away isn't going to cause a problem. If you choose not to come at all, according to Healthline, the body will just bread down the ejaculation, recycle it, and send it on its way to other parts of the body.

All About the G-Spot

You must be 18 years of age or older to view page. Please verify your age to enter.